Supported by HD Radio, Gabby is heading up the newly formed IRF Productions, with the purpose of producing unique music radio content for worldwide distribution, and few people are better placed to do so when it comes to the world of Indie music other than IRF’s shooting star Ms Sanderson. 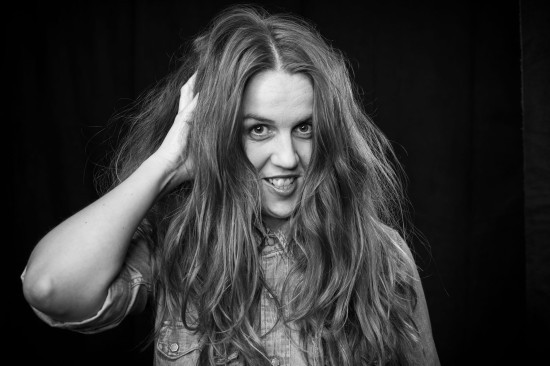 Having built up quite the reputation at the IRF and across the UK and Europe as the gal who hangs out with the all bands, delivering lively yet intimate backstage chats for her station Gabby hosts Saturday night’s on the XFM Network – the UK’s no 1 alternative commercial radio broadcaster. Alongside her “Backstage Banter”, “Dancefloor Battles”, band mixes and live DJ sets Gabby blasts out “Music That Rocks” to over 1 Million FM listeners a week.

This spring Gabby will inject her passion Stateside on a tour of rock & roll musical discovery with an impressive line-up of bands and musicians to help her on her quest.

Launching 16th April via HD Radio Broadcasting Access All America (AAA) kicks off with a show in support of Record Store Day & heads straight to the source, with a show direct from inside Jack White’s infamous Third Man Studios!

Third Man Records co-founder Ben Swank co-hosts the show & takes Gabby on a journey through the history of the most talked about and mysterious record label, record-store and performance-space in the world.

The playlist will be taken direct from the Third Man catalogue of artist signings and includes the first-ever recording of Elvis Presley, destined to be released on Record Store Day via Third Man Records (to which Jack White was recently revealed as the mystery secret bidder) and a mouth-watering selection of live recordings and blue series artists.

Access All America is a high energy music driven radio show designed to highlight and explore America’s coolest music scenes… which Gabby will fully immerse herself in! Using musicians as her guides, hitting the nightlife and legendary hotspots, and chatting with key music icons in each city, Gabby will adopt the real insider perspective on what makes America Rock!

Gabby will be broadcasting her discoveries in the form of a Weekly Radio Series, exploring a new territory in each episode. All done through the eyes of a DJ, music lover, music journalist, and party girl.

24 hours before broadcast a trailer will be released, revealing clues to a Mystery Guest & details of each upcoming show! STAY TUNED!

Access All America is a multi platform show: audio, visual, digital and interactive.

The six part series will be available to listen to via HD Radio Broadcasting:

Gabby will continue to host her Propaganda show on the XFM Network from the USA.

“Gabby is a unique talent and we are extremely excited to be supporting her efforts on the Access All America tour,” said Joe D’Angelo, SVP of Broadcast and Marketing for iBiquity Digital. ”Our partnership with the International Radio Festival has given us the opportunity to connect the best on-air talent in the world with HD Radio Technology and provide new broadcast opportunities through our HD2/HD3 channels.”